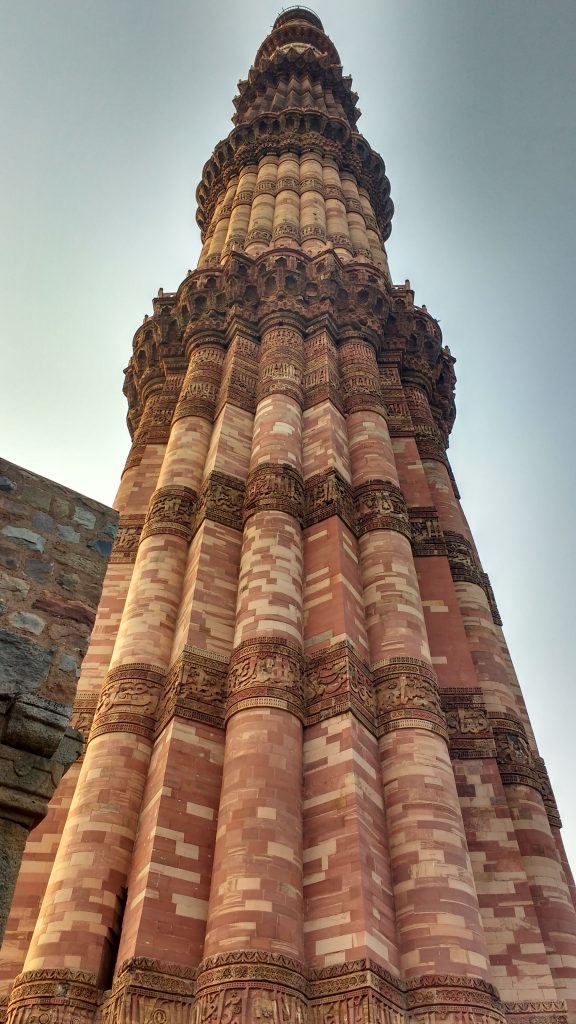 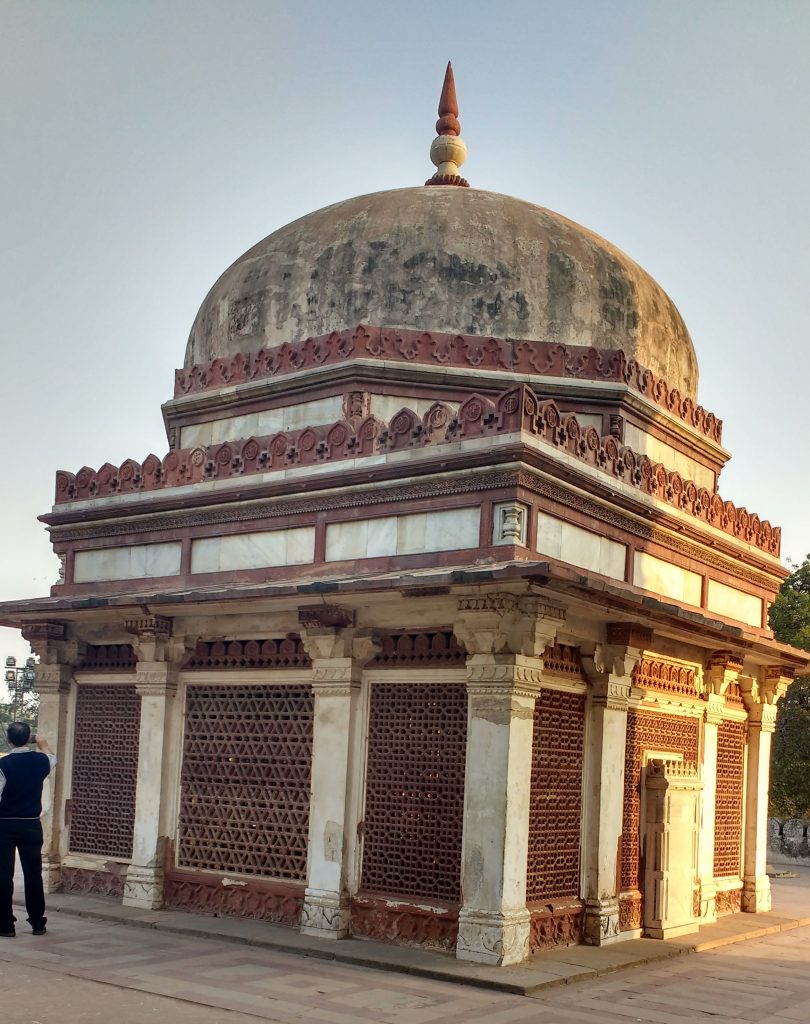 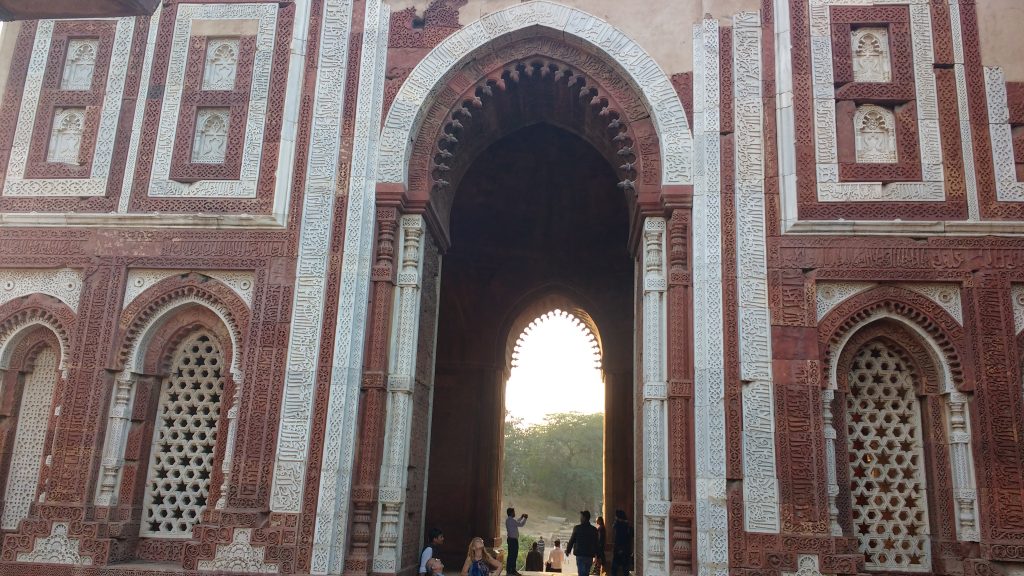 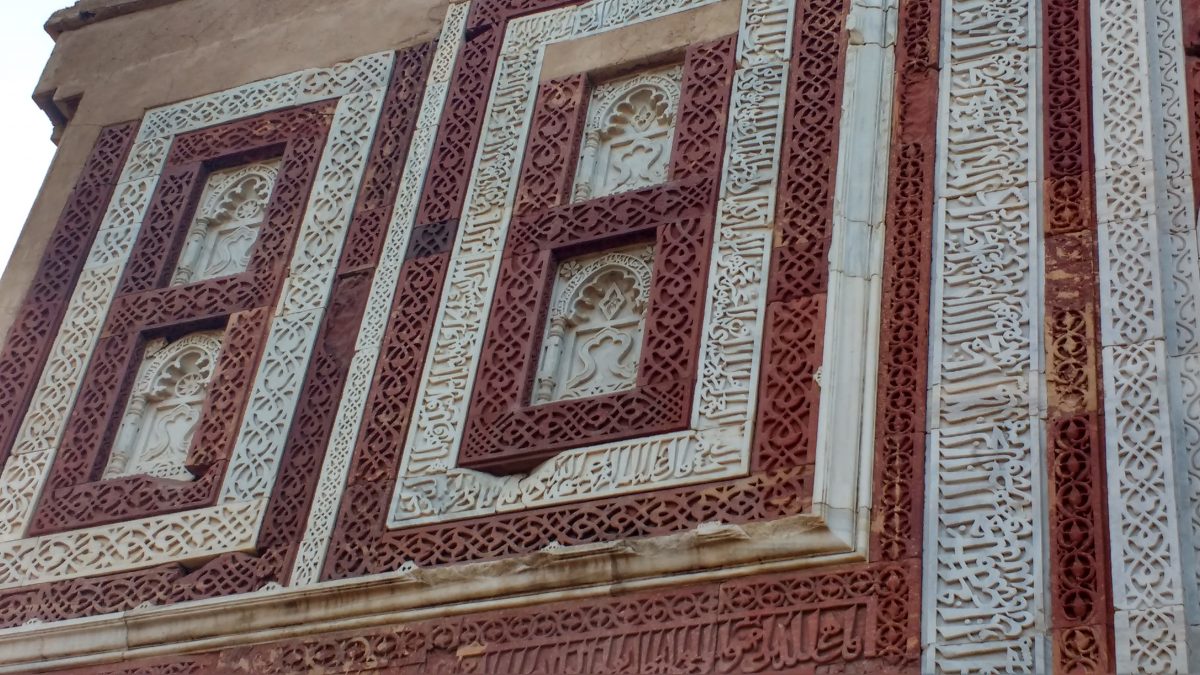 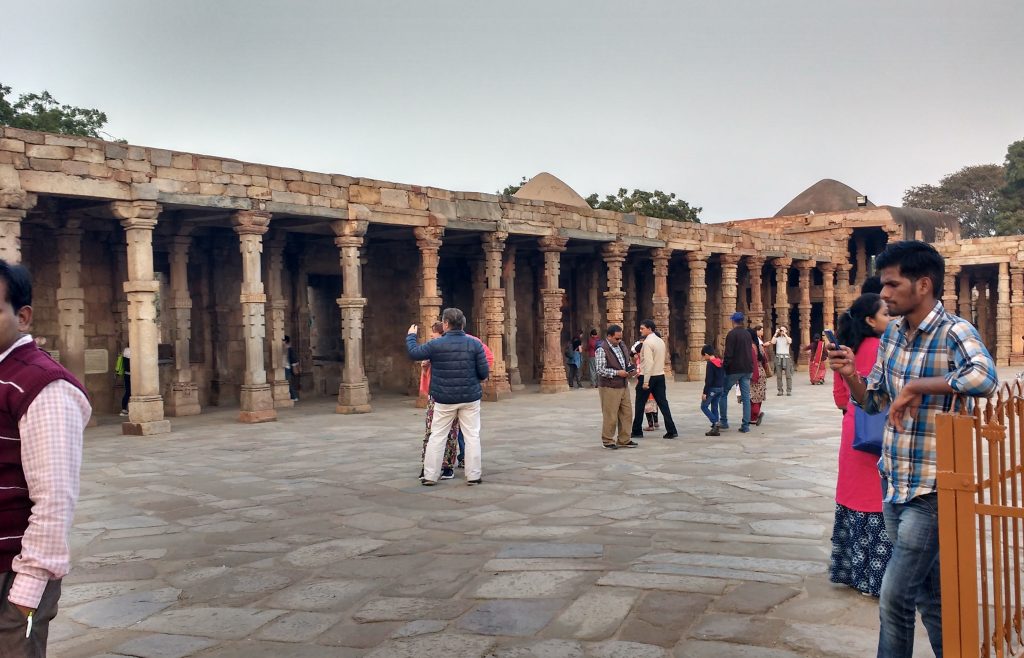 With all the big brands showrooms occupying the prime space in connaught place, the market is designed for those who are looking for premium products and ambience.   Set in the old buildings built during the British era, refurbished and renovated to suit modern tastes and choices, this place is busy as well as quiet with an old world charm around it.
This place is still called by its old name inspite of being renamed as Rajiv Chowk and Indira Chowk.  It has been one of my favourite haunts and I could roam around alone along the corridors and collonades of this beautiful shopping paradise for hours without getting bored.   There is always a passive humdrum of people around.   When I don’t want to buy anything, it gives me the simple pleasure of looking around and do a bit of window shopping.   There are a variety of things that one could buy outisde of these showrooms too.  Small shops with Indian handicraft items, books, posters with beautiful quotes, little trinkets are all sold along the paths.
Most of these buildings have been built by the Britishers but there are some little buildings from the Mughal and the Indian Rajas also around.   The big roundabout of the Connaught Place covers a circle of multiple layers of buildings.  There is an outer circle, middle circle and inner circle of buildings.  Apart from the showrooms, these buildings houses offices and corporate houses of different organizations.  There are banks, restaurants, panwalla’s, coffee shops, travel agents, etc. 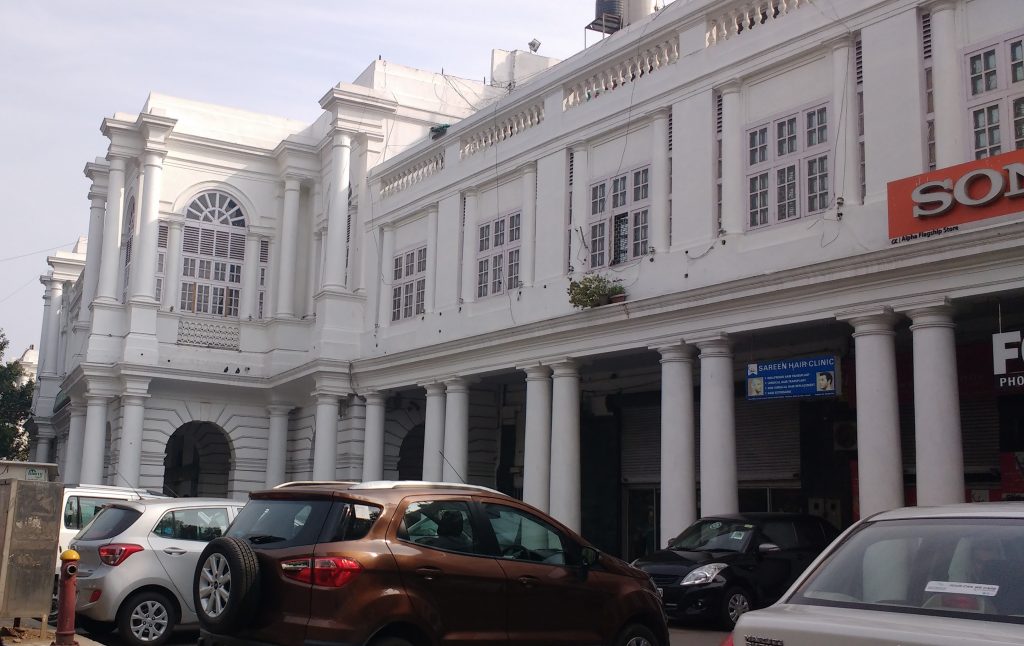 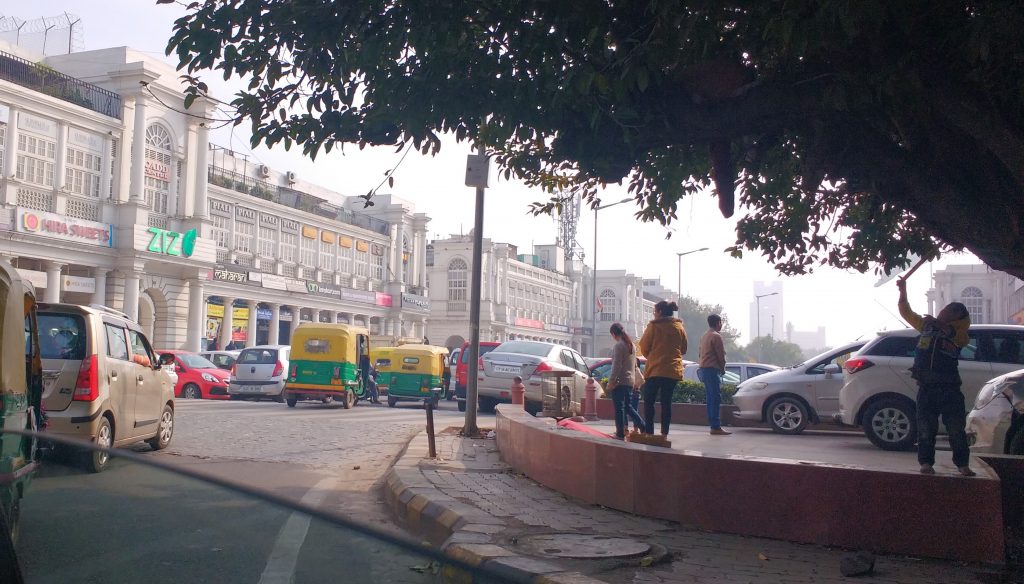 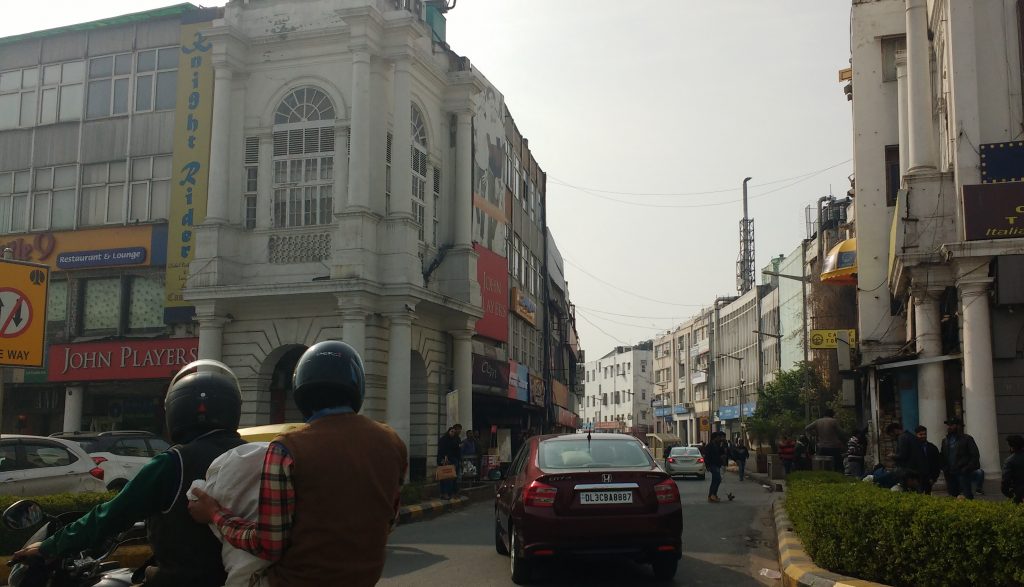 The offices and business houses around this place ensures a regular flow of people into this area from all around Delhi.

It is also the central part of Delhi and all roads from every direction in Delhi come and converge at this point.  In the centre of these circles is a huge round park which has recently undergone a huge makeshift from the park I knew of some 10-15 years ago.   The Rajiv Chowk Metro Station and Palika Bazaar lie below this park.

This park now has a huge big Indian Flag with a small amphitheatre built-in the centre.  People from all around come to take a little break and relax in the sun during winter days. 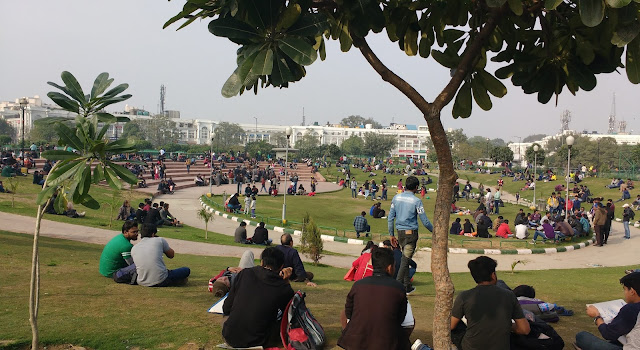 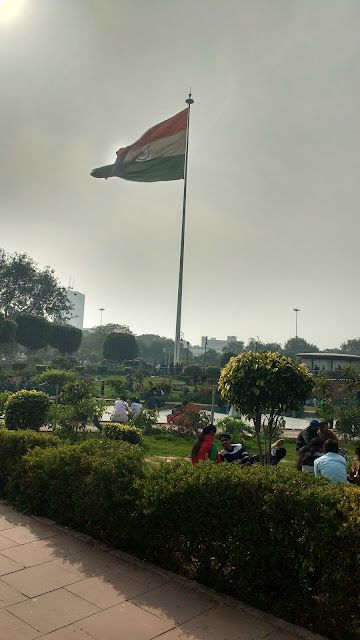 On Sundays too, when the market is closed there are people in huge numbers occupying this place.
This has turned out to be more than a shopping place – a tourist attraction, picnic spot and a place where one can just spend sometime with the loved ones!! 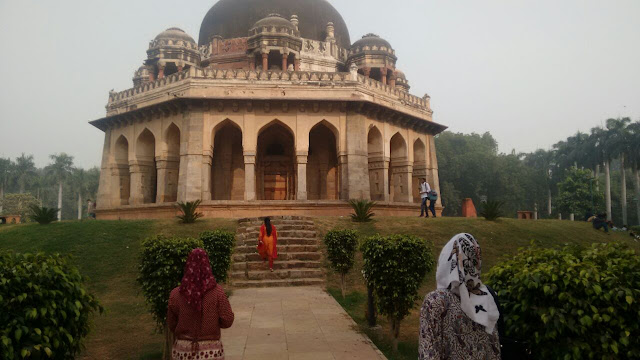 We visited the famous Lodhi Gardens of  Delhi in the first week of November with a group of friends.  The weather was just right!   Around this time Delhi is neither cold nor hot and therefore, becomes an ideal time for picnics.   We were out to enjoy the lazy Sunday afternoon and Lodhi Gardens gave us the perfect sanctuary to be away from the busy and crowded Delhi.

Located in the heart of the city, it is near the India habitat Centre on Lodhi Road.  Delhiwalas frequent this place every morning for a jog or a walk and on weekends come back with their families to spend time away from the cacophony of the urban setup.   On weekdays, however, you can only find run-away students and young couples who want to have a little time to hide themselves away from the prying public eye.

This garden was called the “The Lady Willingdon Park”  during the British Raj which was subsequently changed to the “Lodhi Gardens” after Independence. Multiple tombs from the Sayyid and Lodhi dynasty (last of the Delhi Sultans before Mughals) are spread across this well maintained and manicured garden.  The Bada Gumbad and Sheesh Gumbad are the ones located in the centre. Mohammed Shah’s tomb and Sikander Lodi’s tomb are crumbling edifices.

The Bada Gumbad is a three-domed mosque with a very unique architecture.  The jharokha’s are quite enchanting with an old world charm. 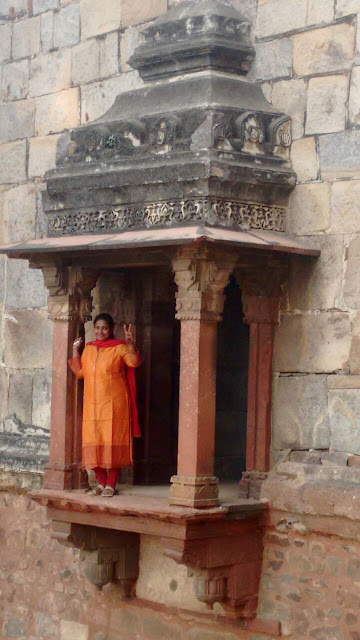 The walk around the garden was refreshing and at the same time rejuvenating.  It took us some couple of decades back.  We visualised ourselves in that era when there were people dwelling in and around these mosques and the structures.   How would these have been decorated and how were people living in those times.   The structures were imposing and yet had a very warm and magnificent feel to it.   I imagined children playing in the front yards of the mosque. 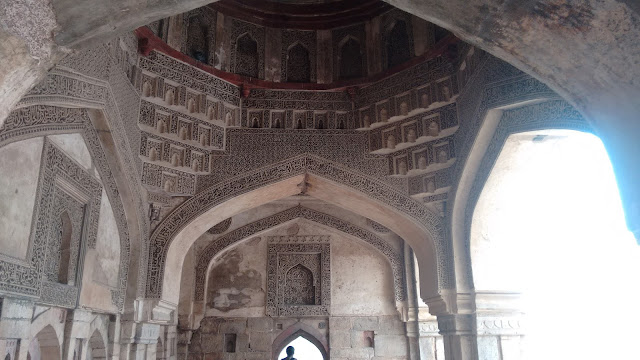 There was another tomb near the bada gumbad called the sheesh gumbad which has tombs of an unknown family. 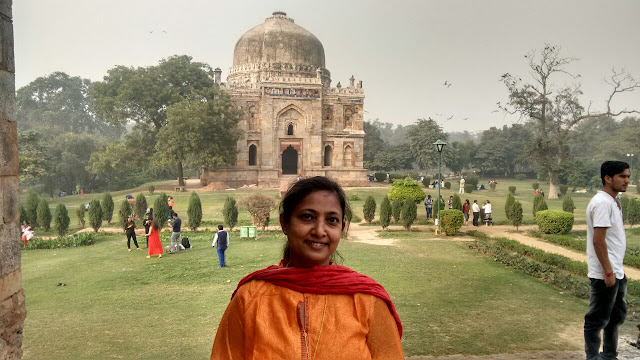 The garden is dotted with Ashok trees and palm trees with a variety of plant species.   There is a lake too in one of the corners.

Overall, it was a time spent relaxing and unwinding in the company of friends in a serene and tranquil atmosphere!