Kanyakumari is the southern tip of India.  It has been a cherished dream of ours as a family to visit this place whenever we were in Kerala.  So, about two years back when we were in Kerala, we finally decided to do a road trip from Trivandrum to Kanyakumari.    It was a fun ride.  It took us about 3-4 hours via NH 66 that passed through Nagercoil.   We were not sure of the way and therefore, had to continuously check with people on the road if we are on the right track.   The weather was good.   There was an overcast of clouds and so we were pretty sure it would rain.  We wanted to reach Kanyakumari before sunset to see and enjoy the sun going down the horizon.. 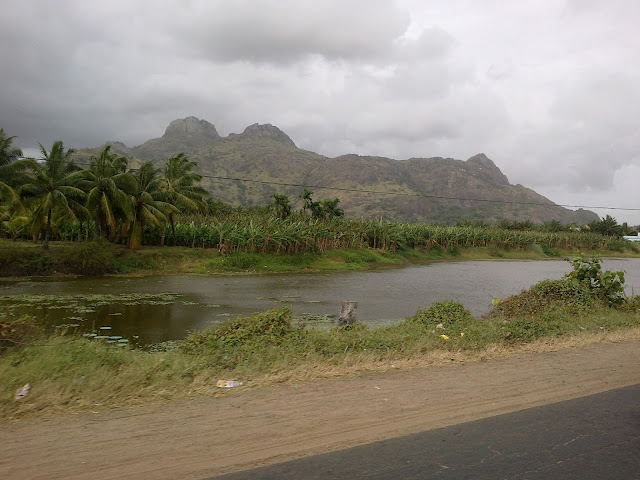 The view from the car was very scenic.  There were coconut trees and mountains lined on both the sides.  There were fruit and juice vendors on the sides of the road to quench your thirst otherwise the places were very dry.
We reached Kanyakumari by about 5 pm and went straight to the beach to catch the sunset.  But to our utter disappointment, rain came pouring down as soon as we hit the beach.  It was a cloudy day and now that it began to pour so badly, we had to forego our desires and be content with enjoying the rain while we were on the beach.  We went back in search of a good hotel to stay during the night and settled in one of those hotels that was close to the beach.  We wanted to catch the sunrise even if we lost out on the sunset.  We settled into a comfortable place near the beach and went out for dinner.
We were told we should be at the beach early morning by atleast 4.30 / 5.00 if we were really interested in seeing the sunrise.  So, we set up our alarms and went off to sleep.
Early morning, it was a task to get all of us ready (we were with our children aged 11 and 12) and head back to the beach.  But the efforts did not go in vain.
It was there, first as just a hint of golden and orange colour intermingled with each other and turning to red at some places in the far horizon.  There were hundreds of people on the shore all waiting anxiously, not taking their eyes off for that first glimpse.  We kept waiting and slowly it did emerge from the depths like a burning fire and then slowly forming itself into a circular white. 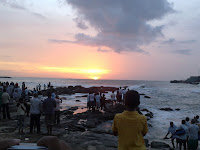 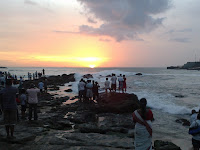 We stayed on at the beach enjoying the waves and the waters for a long time.  There were rocks on which people tried to climb and experience the waves. 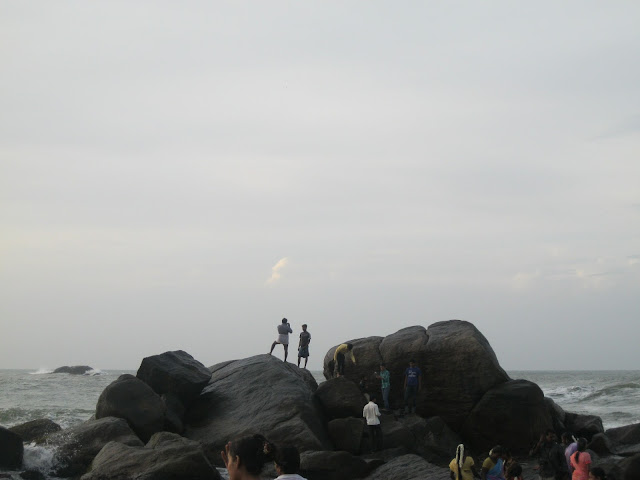 We took a ferry to reach Vivekananda Rock which has a temple dedicated to Devi Kanya Kumari and also a large statue of Thiruvalluvar. 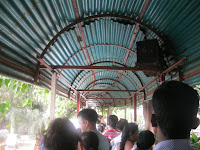 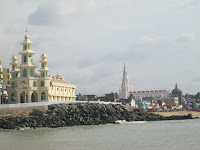 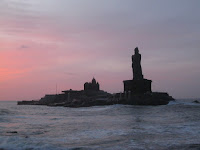 It is believed that Vivekananda once came to this site under the instructions of Sri Ramakrishna Paramahamsa. 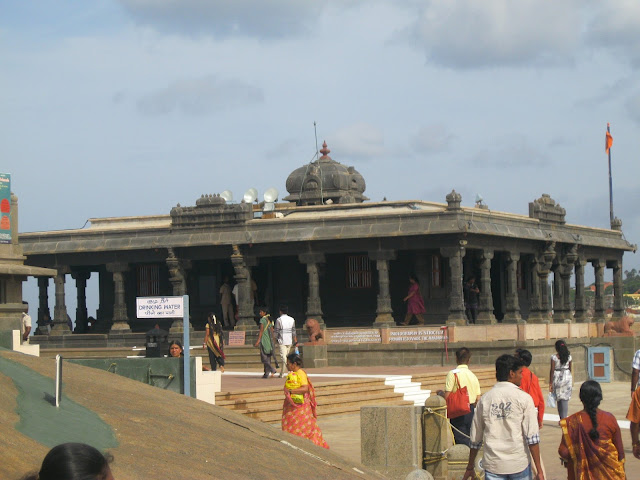 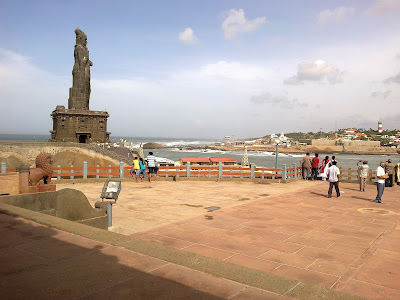 The popular belief is that this place being the tip of the India, is the meeting point of 3 seas but geographically there is only one.  We could however, see three different colours of water out in the sea when we stood watching from this place.  So, God only knows! 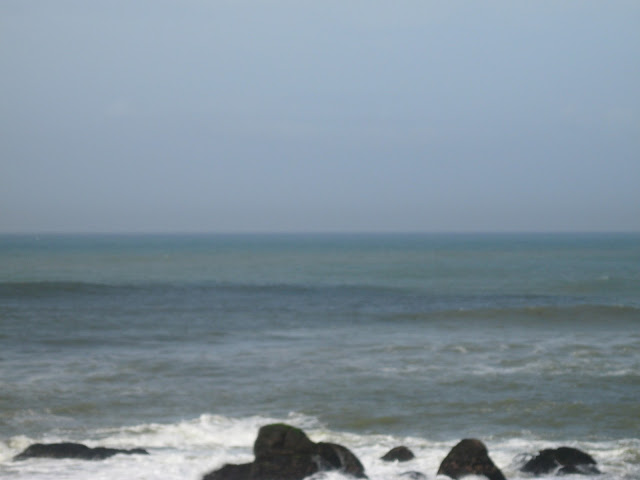