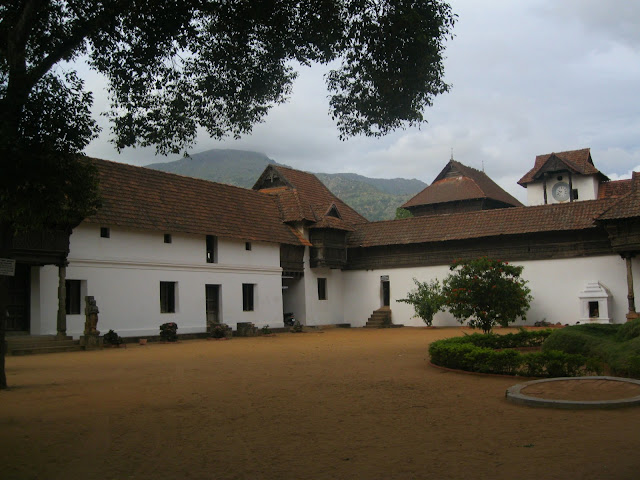 It was while we were coming back from Kanyakumari we got a chance to visit the Padmanabhapuram palace in Thuckalay.
The Padmanabhapuram Kottaram as it is called, though currently falls under the jurisdiction of Kanyakumari and therefore under the state of Tamil Nadu, was once the capital city of Travancore which was majorly formed of the Kerala Hindus.   The palace got shifted from here to Trivandrum and therefore, this place lost its former glory and pride of place.  However, the palace has been maintained well and has been preserved as a heritage site.  There are people to assist you at each corner and care has been taken to ensure that nobody touches or destroys anything that belongs to this site. 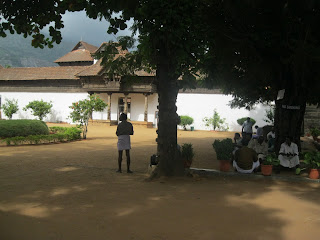 The entrance is through a traditional ‘Padipura’ entrance gate.  This is a very common feature in all the traditional Hindu family’s ‘illams’ as they were called earlier. 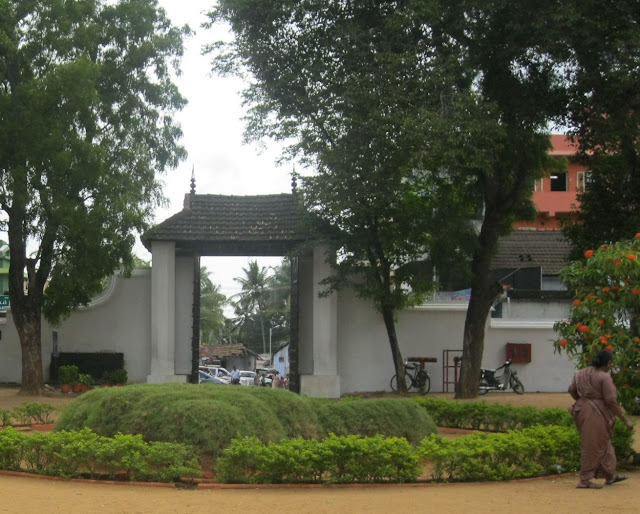 The first chamber we got into was the performance hall –  the hall was lined with solid granite pillars and wooden tiled roofs.

The stairs used to go up to the first floor is old and one has to be very careful of not hitting the roof. These stairs lead up to the council chambers where the king used to have meetings with all his council members and take important decisions.  The kings throne and the seating arrangement as well as the furnitures used for the council members are still preserved as it is.

The Dining Room is a large one that can seat approx 1000 people at the same time.  it is said that the kings were very generous and they used to serve lunches to 2000 people everyday in these dining halls.  The hall definitely was huge with a line of pillars on both sides.  The roof was supported with horizontal columns of wood structures. 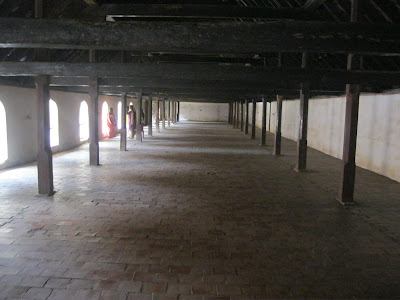 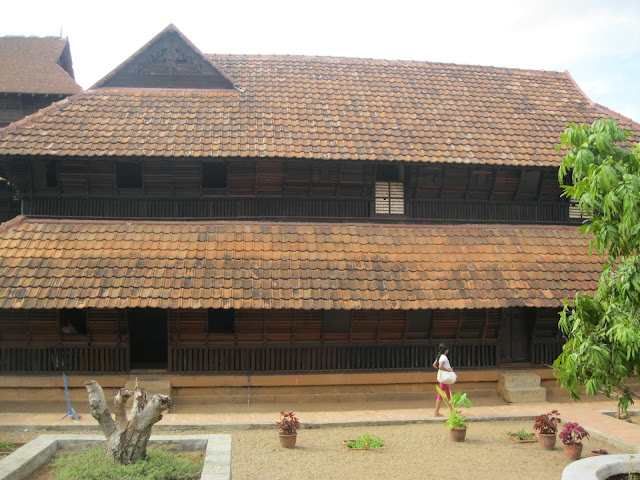 The Thai kottaram or the mother’s chamber had an inner courtyard with sloping roofs.  These kind of structures are still seen in many houses across Kerala.   Kerala is a place where there is continuous downpour of rain throughout the year and therefore the sloping roofs are preferred for most houses as it helps in getting all the rain water flow down fast and not get collected anywhere.
The exquisite wood carvings and the furnitures show the opulence that was maintained at that time by these kings.   There were balconies where kings could view the place around the palace and balconies in ladies chambers were covered with wooden columns.  These were used by the ladies to sit and watch the temple procession or the elephant procession going from below.
There was a hall with all the pictures of all the kings and the dates, their bedrooms, worship rooms and many other buildings adjacent to the council chamber, mother’s palace and the central mansion.   A pond that was used by the ladies was visible with steps going down.
A clock tower also could be seen that is supposed to be built around 300 years back.
Padmanabhapuram Palace on Google Maps
Posted in Kerala and tagged Destination, Fun, Heritage, History, Holiday, india, Kerala, Palace, Picnic, Sight-Seeing, Tamil Nadu, Travel, vacation.