We made a day trip to Bekal Fort from our home in Pathanamthitta District by taking an overnight train that left us at the Bekal Fort Station early morning.  The station was right beside the Beach.  It was very convenient for us to get to the beach and to the fort walking down from the station.  However, since we were on an overnight train, we did not have anything to eat in the morning and therefore went out in search of Breakfast.   This, being a very small town did not have too many options.   There were roadside restaurants that served all Kerala dishes but it was off season.  We went during the monsoon season and therefore the place was less crowded.  We were told that this place is usually flocked till May end when the school kids in Kerala are on vacation! 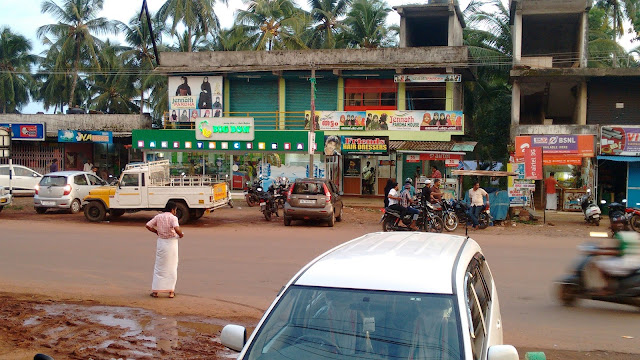 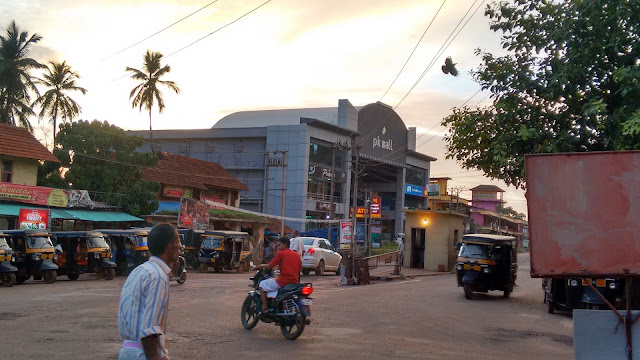 Bekal fort is a protected monument.   It is a key like structure.  The fort was the citadel of the Kolathiri Raja’s of Kerala which finally fell into the hands of Vijayanagiri empire.  It was then taken over by Tipu Sultan and the security features around the fort gives us the impression that it was built to keep an eye on the enemies coming in from the sea side as well as land.
After our Breakfast in the town, we took an auto to the main entrance of the fort.  Inside the fort, there was an observation tower in the center of the fort with a ramp going up and down.   The walls  that surround the fort went on and on across the length and breadth of the fort. 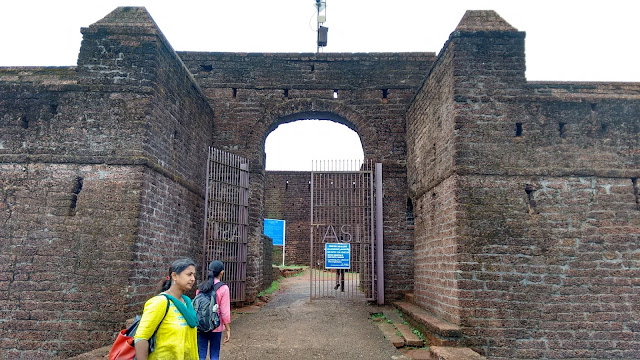 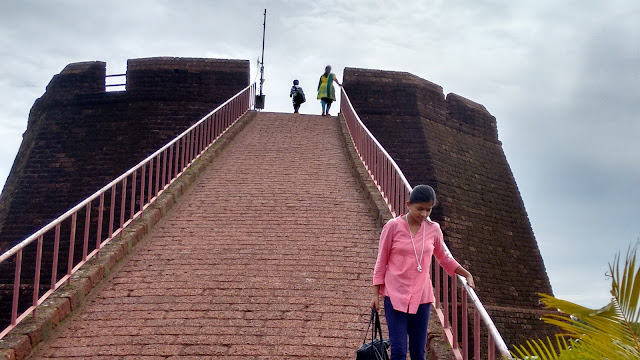 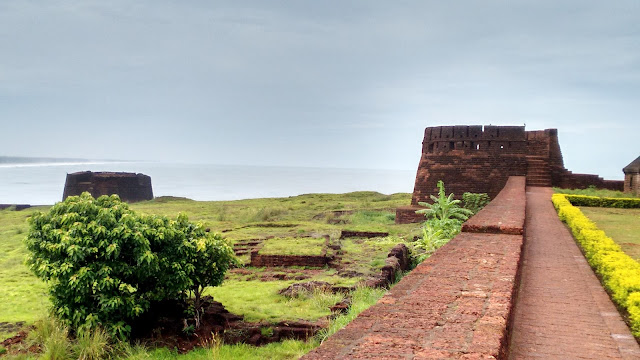 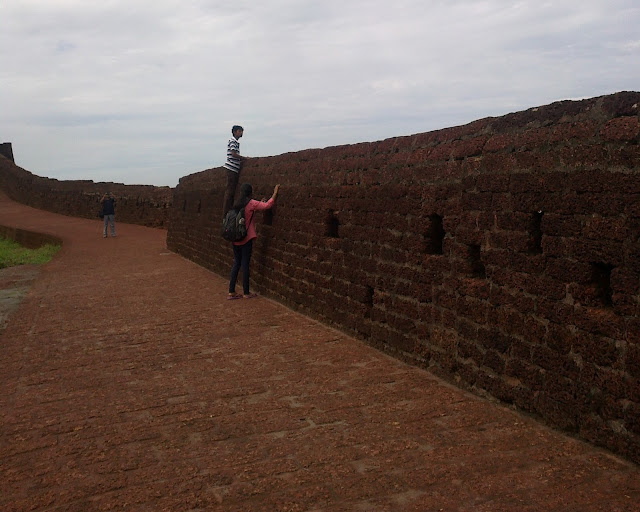 The walls were approx 12 ft in height and were very strong built.  We could see the holes that would have been used to keep guns and ammunition by the fort guards.   There was a wider opening that was used to keep tanks.  As we peeked in through these holes and the gaps, we could see the entire stretch of the sea around. 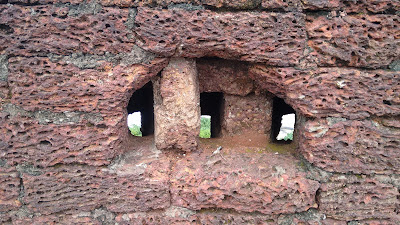 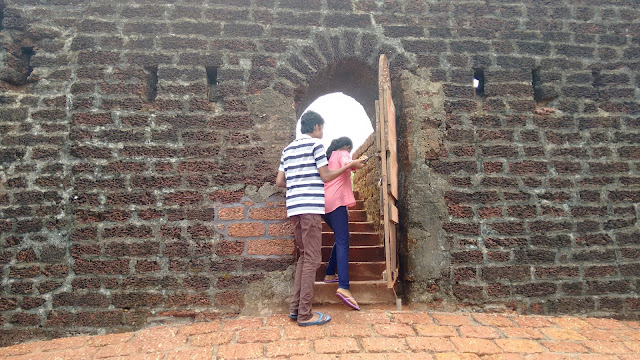 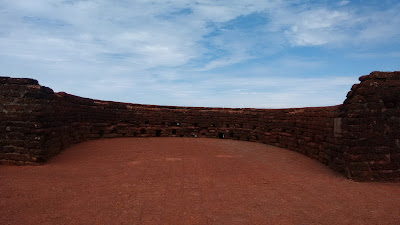 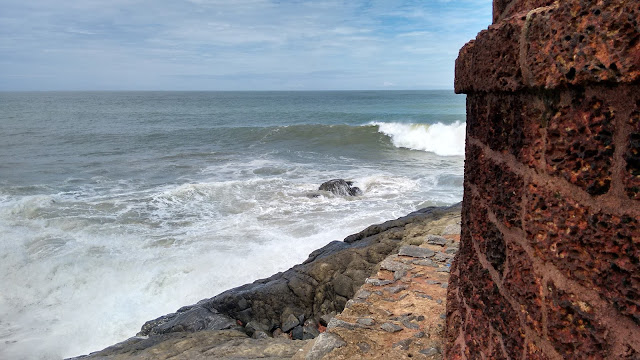 The fort is surrounded by sea on the west side.  There was a lane that would take you down to the sea and beaches.  The beach on the fort side was rocky. The waves lashed on them with so much fury that it was exhilaratig to look at the lather foaming up as they hit the big rocks. 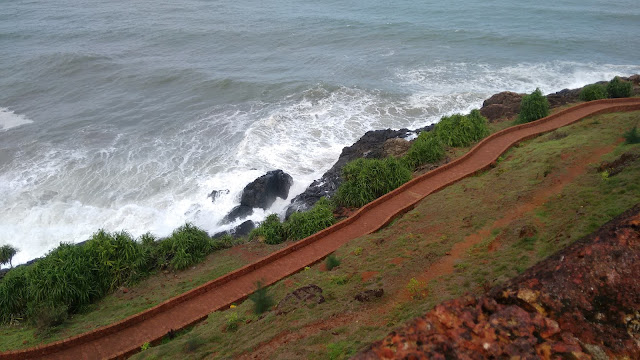 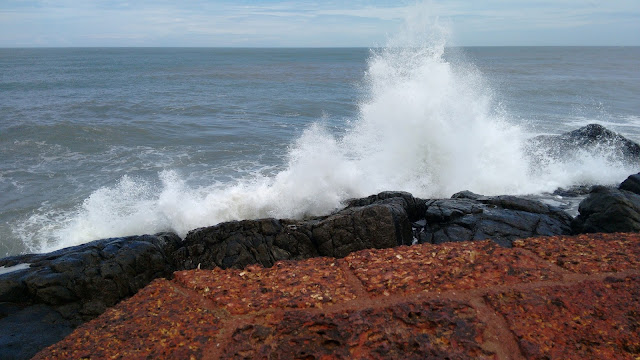 The beach near the fort was beautiful and crescent shaped.   It could be accessed by just walking down the fort.  The view of the beach from the fort was also very nice.  We had the whole beach to ourselves and we enjoyed the afternoon sun in the waters.  There were coconut trees lined and a garden adjacent to the beach which also had interesting things for kids. 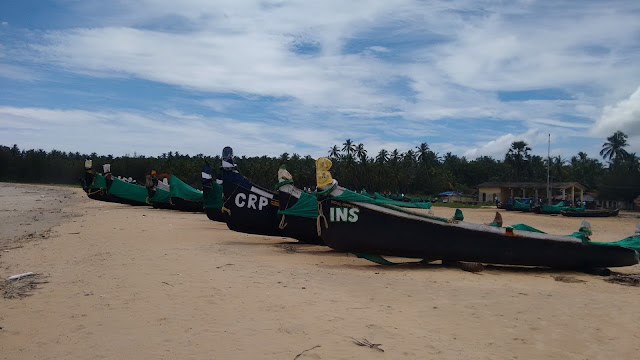